Watch video clips on You Tube.

August and September 2014.  Join Will Self as he leads some free Mid Argyll Summer Walks for Argyll and the Isles Coast and Countryside Trust.

Summer Holidays.  Where did we go?  Stayed here of course!  And went fishing  (Paps of Jura in background)...  The view from the tent... 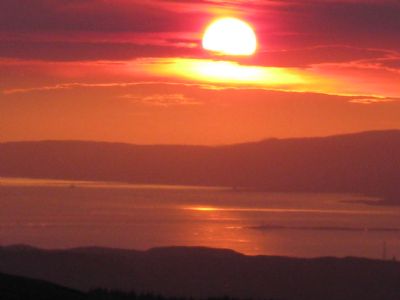 21st - 26th July - Argyll Sea Kayak Trail launches with the RYA Flotilla to the Commonwealth Games in Glasgow.  Will Self will be paddling from Arduaine to Crinan and then along the Crinan Canal. The launch of the trail is being filmed by the BBC.

3rd - 5th May 2014.  Paddle with Will Self at the Mid West Sea Kayak Symposium at Tayvallich, Loch Sween.

August 2013.  Loch Sween and the Sound of Jura are proposed as Marine Protected Areas.

May 2013.  John Aitchison's Hebrides - Islands on the Edge is broadcast on BBC TV.  Watch clips from the series:  http://www.bbc.co.uk/programmes/p014g3vx

May 2012.  Mark Smith wins a BAFTA for his groundbreaking work on the BBC Frozen Planet series.  John Aitchison who also won a BAFTA for Frozen Planet and is currently working in Argyll on a BBC series about the Hebrides is pleased to be back after so much time overseas.  He said "I've been struck again and again by how many people on this coast are engaged with the wild animals around them.  Conservation in one form or another is going to make up an ever larger part of the income for this area and it's great to see so many people getting involved and and paying attention to these other lives all around us."

April 2012.   Scotland Outdoors competition prize winners embarked on a journey of discovery with Will Self.  In a collaboration with Heart of Argyll Tourism Alliance and Colin McWilliams the happy winners explored the Linne Mhurich, Loch na Cille and Danna discovering a variety of gems along the way. 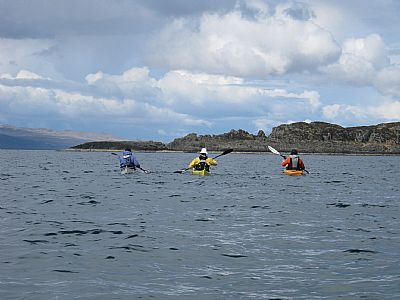